Although possible in the past, it isn’t likely that you’ll get more than $500 for your junk vehicle any time soon. And here’s why… 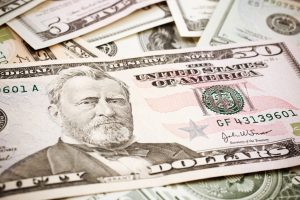 Just a few short years ago, the scrap metal industry was content. Back then, you could easily get $500 or more for a quality junk car considering scrap steel was selling at an average of $400 per ton. But times have changed since then, and the industry has experienced an on-going slump. And this slump isn’t the roller coaster kind, with rising and falling values. Instead, think of it as a steady, downhill ski slope that ends with a sudden drop off.

Unfortunately, the market has not seen any rising values for scrap metal since before 2014. Continue reading to learn why you probably won’t get the value you’d once expect from selling your junk car for cash to an auto salvage center.

❶ Scrap Metal Exports are Down

Our country used to export an abundant amount of scrap metal overseas, but not anymore. In fact, the United States exported an average of 20 million metric tons every year. And as little as 5 years ago, that number was a whopping 24 million! But in 2014, the number dropped significantly, and has continued to decline ever since. And in terms of basic economics, when demand is low, so are prices.

Although it sounds good that the U.S. American dollar is on the rise, but in terms of international commerce, it’s not. As the value of the U.S. dollar increases, it becomes more expensive for other countries to purchase U.S. goods, including metal. This brings us right back to the basics of economics mentioned above.

Canada’s steel industry is diminishing, causing them to export more and more to the United States. And for cities close to the Canadian borders, it can be less expensive to import Canadian steel than to have it transported from somewhere else in the United States. And when you couple that with a weak Canadian dollar, you can understand the circumstances.

The United States used to sell a significant amount of steel to China. But now that China’s economy has taken a slower pace, they are no longer interested in buying as much steel from our country. And if they won’t buy it, we can’t sell it. Again, when demand is low, so are the prices.

China produces steel and exports it cheap to sell to other countries. This puts other steel-producing countries in a poor position. So as other country’s’ prices for steel decrease, the U.S. is forced to buy this cheaper steel, causing American steel producers to have trouble with their businesses.

Auto salvage companies wish they could give you the value you expect for your junk car, but they just cannot. The industry is simply not doing well right now, and there’s no sign of it getting better any time soon. However, you can still receive a fair price for your junk vehicle if you visit a cash for cars company in your area.